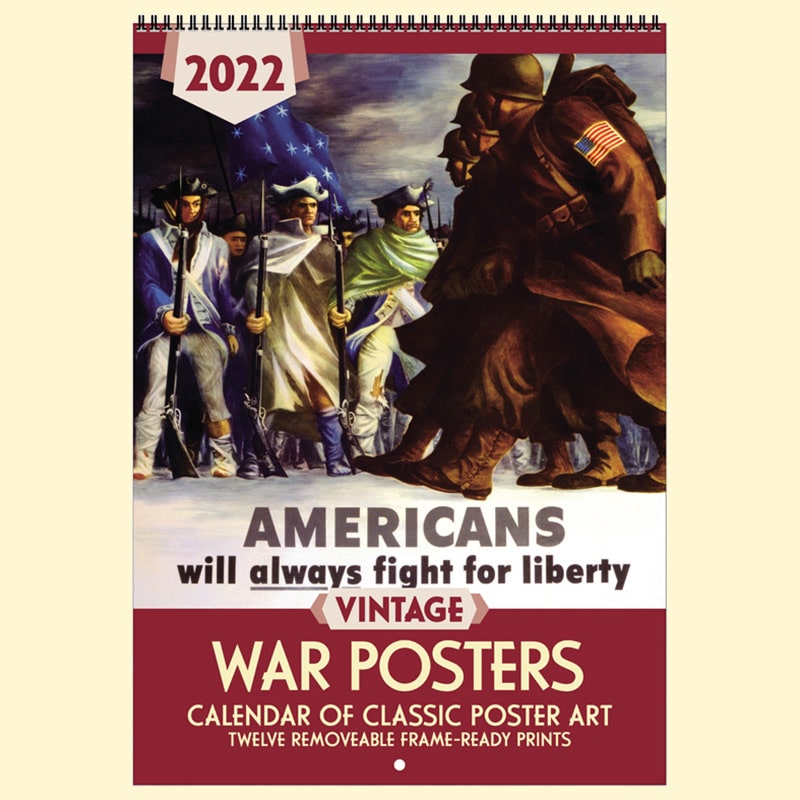 During World War I and World War II, the United States government ran extensive campaigns to persuade Americans to take up causes related to the war efforts. From gas and food saving drives to reminders about wartime communication, the government frequently used posters to get the message out to citizens. Many of these posters and their characters are now iconic, such as Rosie the Riveter and Uncle Sam with his pointing finger, saying “I Want You.” During World War I, posters were used extensively to bring isolationist Americans on board with the idea of war in Europe. Many popular posters were then repurposed for use during World War II.

Artists and illustrators, such as Norman Rockwell, contributed their efforts to these posters, many of which became works of art themselves. Today, posters that remain from this era are considered very collectible and are often sold at auction for high prices. Luckily for enthusiasts on a smaller budget, we’ve collected a selection of these American war posters into a gallery of frame-ready prints in our 2022 Vintage War Posters Calendar. Have a sneak peek:

Rally the troops to revisit the war effort with the Asgard Press 2022 Vintage War Posters Calendar, a gallery of faithfully reproduced vintage military posters from the 1910’s – 1940’s. Posters promoting recruitment, morale, the sale of war bonds and the role of women in the war effort were common sights in the United States during World War I and World War II. These works of art, curated from the Library of Congress archives, illustrate the can-do attitude of the men and women of our nation when necessity calls. Our large format 9×13 inch wire-bound wall calendar opens to 9×26 inches. Each month’s image is perforated and easily removable to fit any standard 9×12 inch frame and is perfect for home, office or classroom. Take a look inside:

The 2022 Vintage War Posters Calendar is in stock and available for purchase.