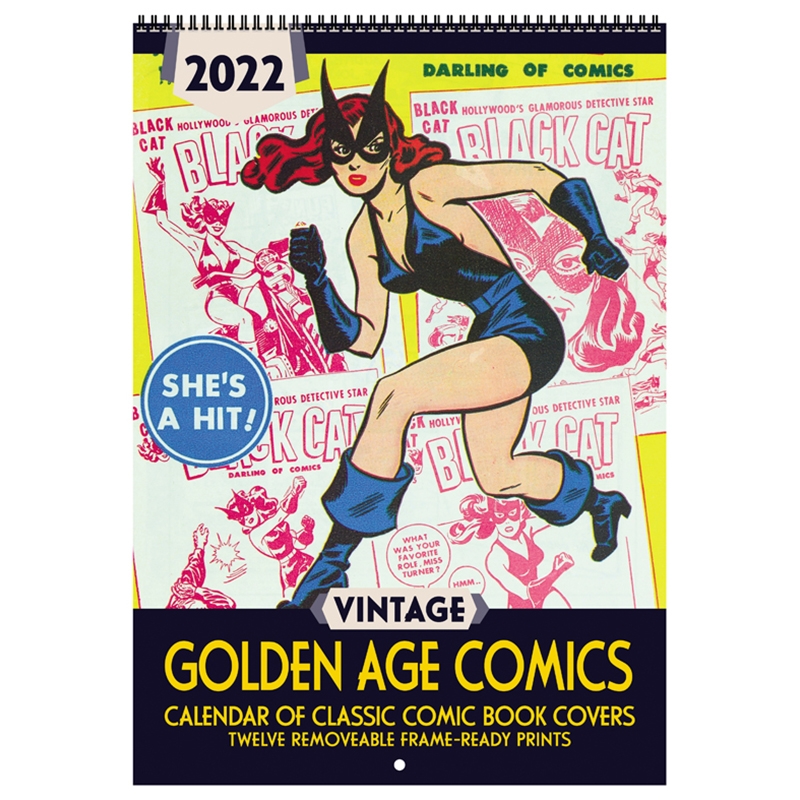 #ThrowbackThursday to the Golden Age of Comic Books (1938-1956) which saw superheroes and arch-villains introduce themselves to readers and swiftly grow in popularity. The rise of the Golden Age was marked by the introduction of Superman in Action Comics #1, 1938. Many of these well-known heroes remain popular today, but there were also numerous lesser-known heroes and characters that captured the imagination of readers of the era. Comic books with names like Detective Comics, All-Star Comics and Star Spangled Comics regaled eager readers with tales of adventure and excitement, and the genre quickly branched out to non-superhero characters as well. In the mid-1950s, after a tenuous connection between comics and juvenile delinquency was suggested, comic books began to wane in popularity. Thankfully, comics and their heroes were revived by the artistry and storytelling of the Silver Age of Comic Books (1956-1970) but the Golden Age will remain in our hearts and minds as the birth of a genre that captivated and inspired. Here’s a preview of our own showcase of this period in comics, the 2022 Vintage Golden Age Comics calendar: 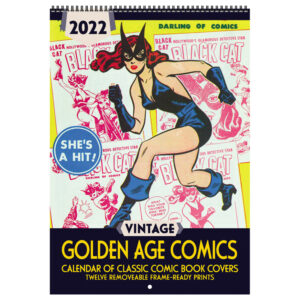 Prepare to have your imagination rescued by heroes of the past with the Asgard Press 2022 Vintage Golden Age Comics Calendar, a gallery of classic comic book covers from the Golden Age of comic publishing. These comic book covers feature many earlier-era super heroes such as Amazing-Man, The Blue Beetle and Miss Fury and includes in-depth commentary each month from pop culture historian Dr. Arnold T. Blumberg. The Asgard Press 2022 Vintage Golden Age Comics Calendar features full-color comic book covers from the 1940’s. Our large format 9×13 inch wire-bound wall calendar opens to 9×26 inches. Each month’s image is perforated and easily removable to fit any standard 9×12 inch frame and is perfect for home, office or classroom. Here’s a peek at the images inside:

The 2022 Vintage Golden Age Comics Calendar will be in stock and ready for sale by the end of September 2021.