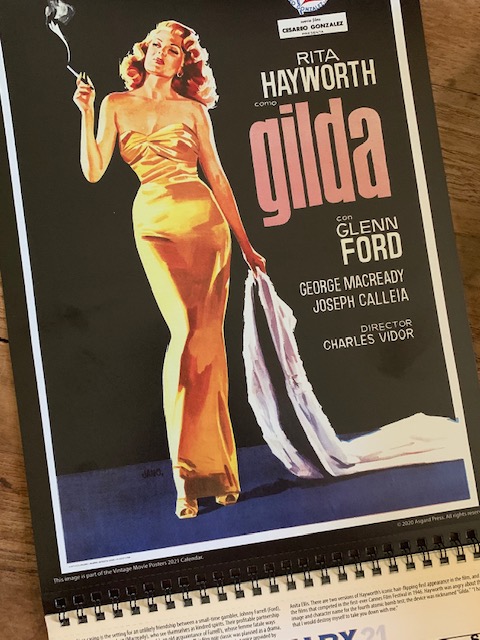 Friday Night at the Movies with Rita Hayworth! 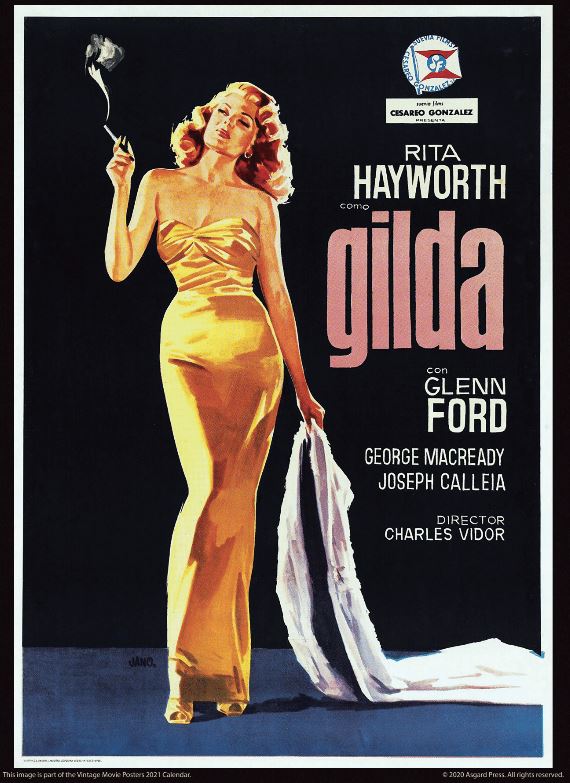 A Buenos Aires casino is the setting for an unlikely friendship between a small-time gambler,  Johnny Farrell (Ford), and casino owner Ballin Mundson (Macready), who see themselves as kindred spirits.  Their profitable partnership is threatened when Ballin marries Gilda (Hayworth), an old acquaintance of Farrell’s, whose femme fatale ways might destroy everything in her path, including those closest to her.  This film noir classic was planned as a drama, but was altered to include musical numbers sung by Hayworth’s character but with a singing voice provided by Anita Ellis. 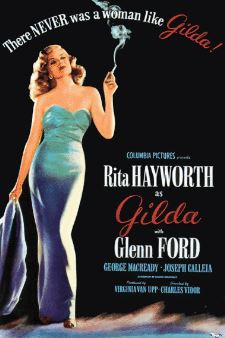 There are two versions of Hayworth’s iconic hair-flipping first appearance in the film, and Gilda is one of the films that competed in the first-ever Cannes Film Festival in 1946.  Hayworth was angry about the use of her image and character name for the fourth atomic bomb test;  the device was nicknamed “Gilda.”  “I hate you so much that I would destroy myself to take you down with me.” 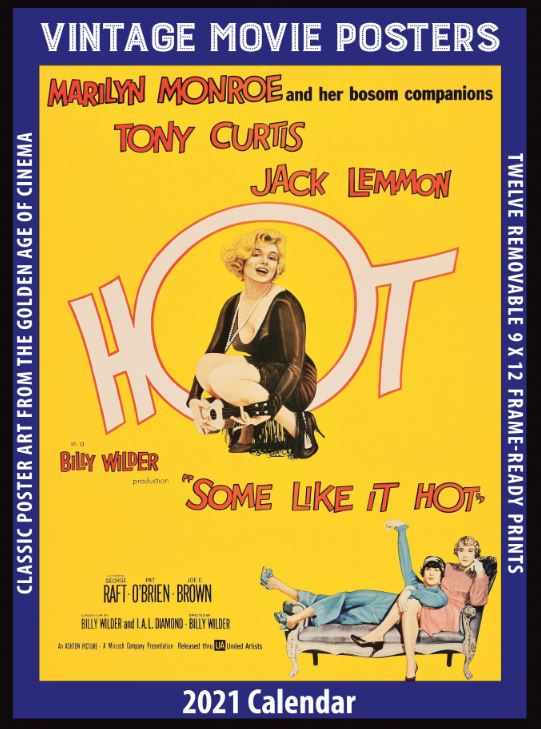 Appreciation for the expert commentary on “Gilda” and all of the posters featured in our soon to be released 2021 Vintage Movie Posters Calendar above goes to Dr. Arnold Blumberg.  THANKS DOC!!  Doc is an educator, publisher, author, comic and pop culture historian, and former museum curator.  He was the editor of The Overstreet Comic Book Price guide and teaches courses in everything from comics to zombies to the Marvel Cinematic Universe.  Find him on Twitter @DoctoroftheDead.