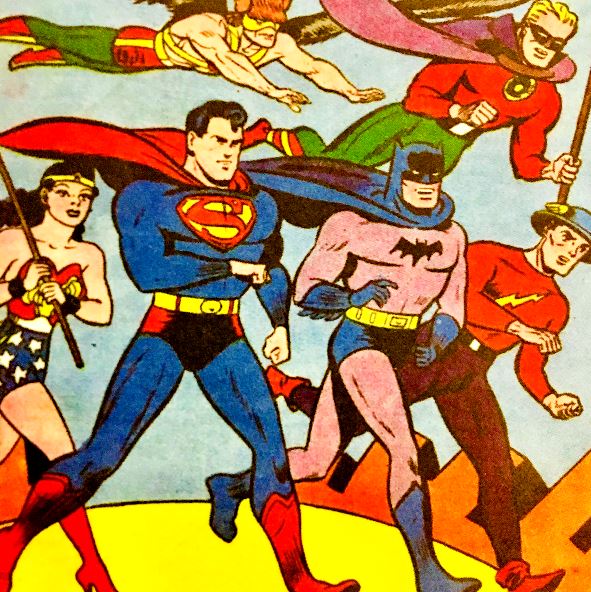 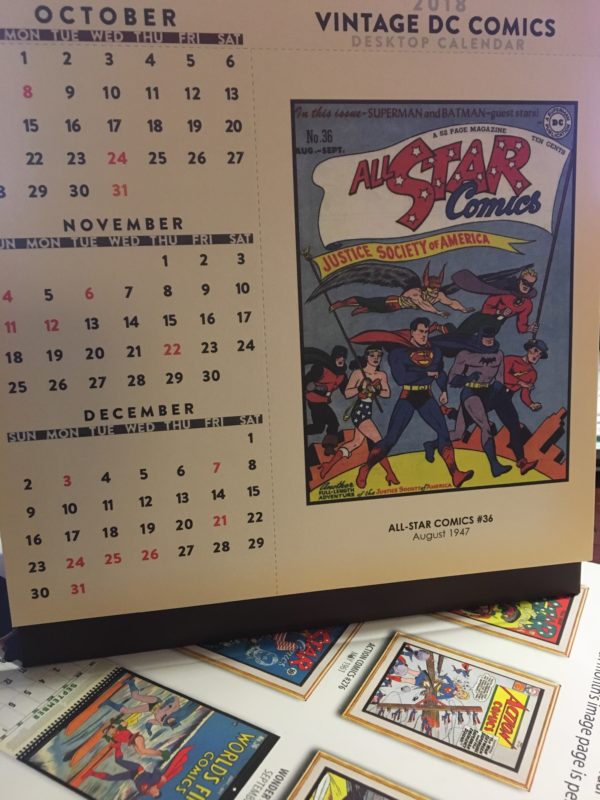 …and it all happens simultaneously when their consciences are removed by the 3rmysterious Koehaha Waters after a sixth man drowns them all in revenge for an incident in their past.  Splitting up to track down the five foes, the rest of the Justice Society sets off in pursuit while Green Lantern targets the man that conspired to drown the other five.  Batman battles the pearl-stealing Grim Marauder, the Flash matches wits with Mr. X as he tries to kill a politician, Hawkman tracks the Black Rider n New Mexico where he’s assaulting archaeologists, Dr. Mid-Nite tussles with the gold-obsessed professor Philpotts, and Superman defeats the dynamite wielding Wrecker as he tries to destroy entire skyscrapers. 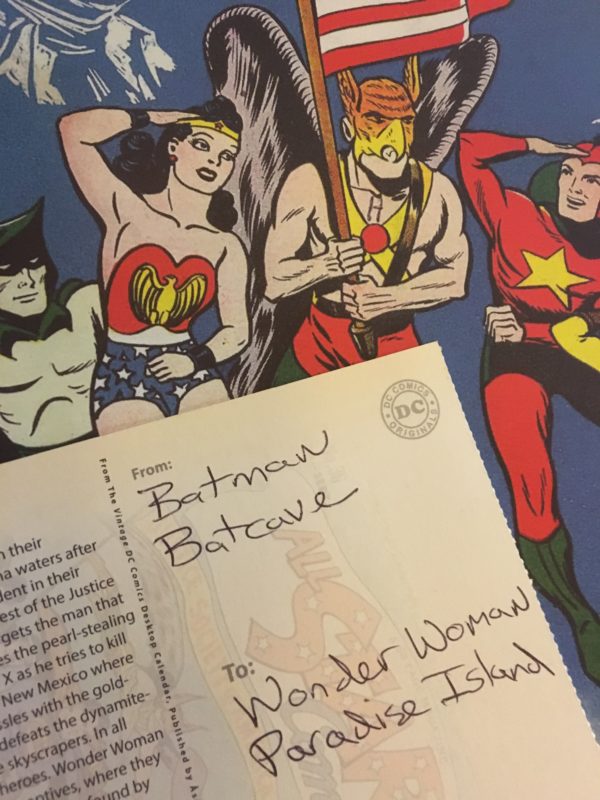 The 2018 Vintage DC Comics Desktop Calendar adds a touch of nostalgic fun, elegance, and functionality to your desktop that no electronic calendar can match. Twelve fully restored images come in a handsome 7″ x 7″ pop-up format, designed to fit neatly on your desk. Every image doubles as a 4″ x 6″ postcard – remember those? Each of these beauties is made of eco-friendly, high-quality paper stock that qualifies for USPS postcard mailing rates.

In all cases, a stuttering man appears to help the heroes.  Wonder Woman calls them all back to headquarters with their captives, where they learn about Calvin Stymes, the stutterer and sixth man found by Green Lantern.  One last bid for revenge is foiled and Superman seals up Koehaha forever. 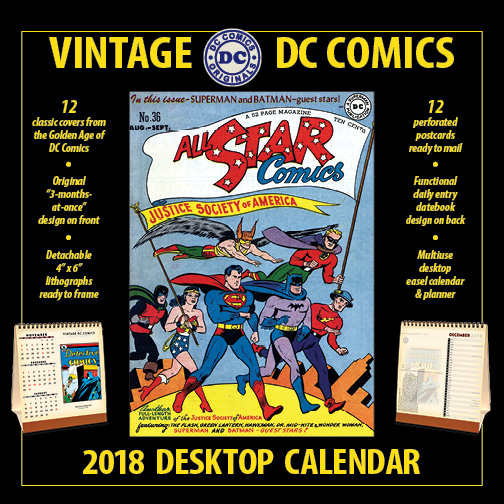 Many thanks for the expert commentary provided for our 2018 Vintage DC Comics Desktop Calendar (above) goes to Dr. Arnold Blumberg.  Doc is an educator, publisher, author, comic and pop culture historian, and former museum curator.  He was the editor of The Overstreet Comic Book Price guide and teaches courses in everything from comics to zombies to the Marvel Cinematic Universe.  Find him on Twitter @DoctoroftheDead.