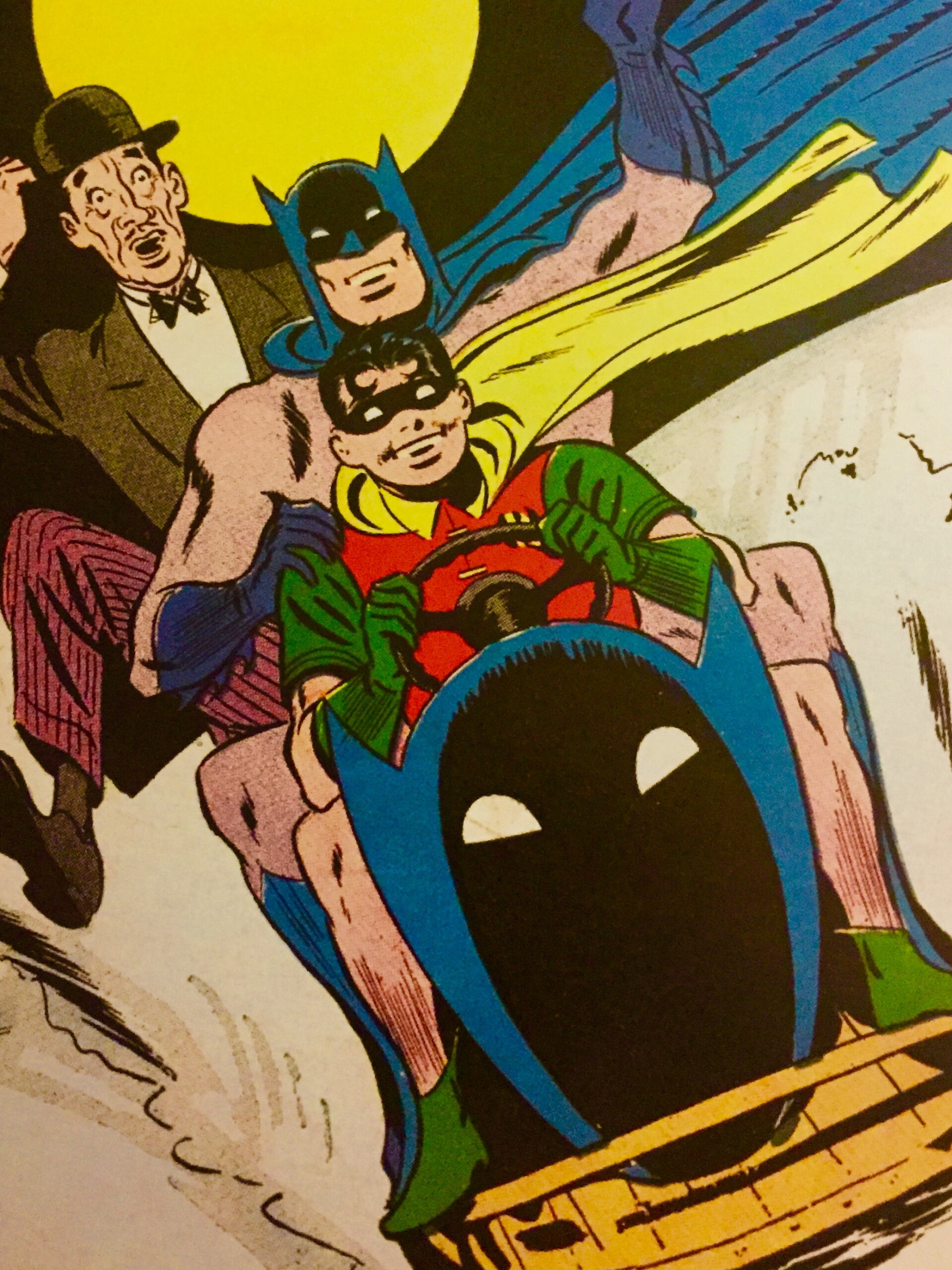 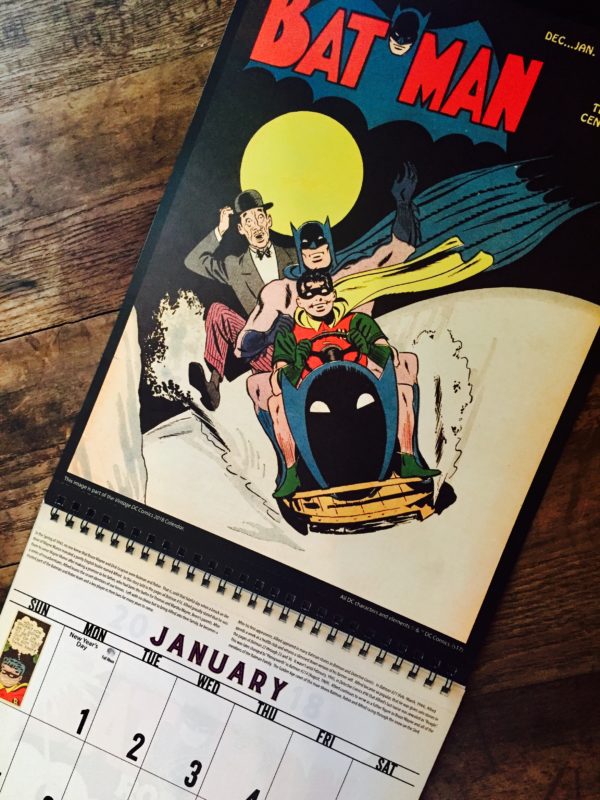 ….on December 21st to be exact, but seeing the caped crusaders on the “Bat-snow-bile” with Alfred in tow just inspired me to share the following story from our 2018 Vintage DC Comics Calendar featuring Batman for the month of January right now.  Expert commentary provided by our good friend and comics expert, Bill Jourdain.

In the Spring of 1943, no one knew that Bruce Wayne and Dick Grayson were Batman and Robin.  That is, until that fateful day when a knock on the door of Wayne Manor revealed a portly English butler named Alfred.  In this story told in the pages of Batman #16, Alfred proudly stated that he was there to serve Wayne Manor after making a promise to his father, who had been the butler for Thomas and Martha Wayne, Bruce’s parents.  After a series of misadventures, Alfred learns the secret identities of our heroes.  Left with no choice but to bring Alfred into their family, he becomes a trusted part of the Batman and Robin team and a key player in their lives for many years to come.

After his first appearance, Alfred appeared in many Batman stories in Batman and Detective Comics.  In Batman #21 (Feb-March 1944), Alfred spends a week at a health club and returns a slimmed down version of his former self.  Alfred became so popular, that he was given solo stories in the pages of Batman 22 through 23 and 36.  It wan’t until February, 1945, in Detective Comics #96 that Alfred’s last name was revealed as “Beagle”.  This was later changed to “Pennyworth” in Batman #214 (August, 1969).  Alfred continues to serve as a father figure to Bruce Wayne and all of the members of the Batman family.