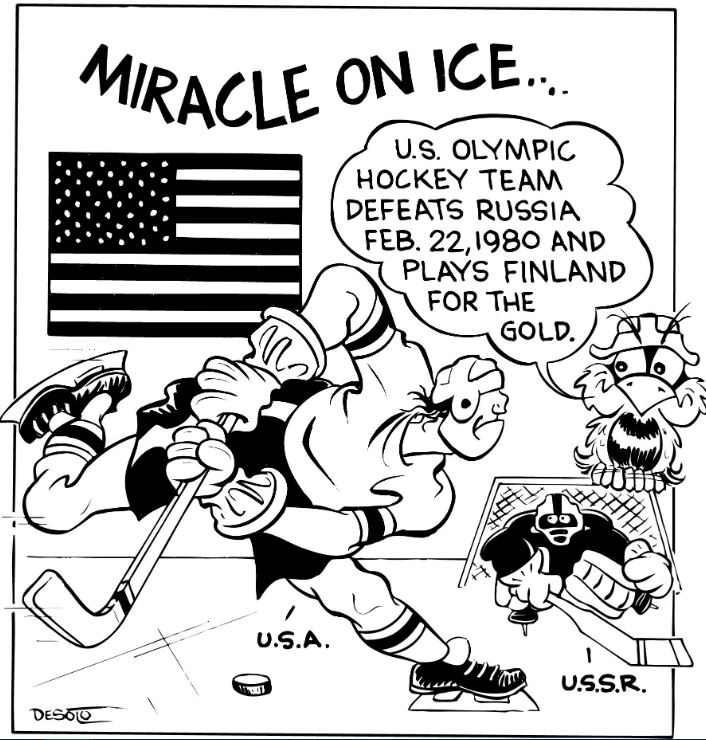 “Do You Believe In Miracles?

On this day – February 22, 1980, at the Winter Olympics in Lake Placid, New York, the United States Hockey team defeat the Soviet Union 4-3 in the single most important and memorable Sports moment in history.  It would be come to known as “The Miracle On Ice.”  Watch and listen to the last 45 seconds of the game and hear sports commentator Al Michaels make the now infamous call… “Do You Believe in Miracles? …YES!!!!”   The USA would go on to win the Gold Medal by defeating Finland 2 days later.