The “BIG GAME” – It’s the Stanford Cardinal VS. The CAL Bears! 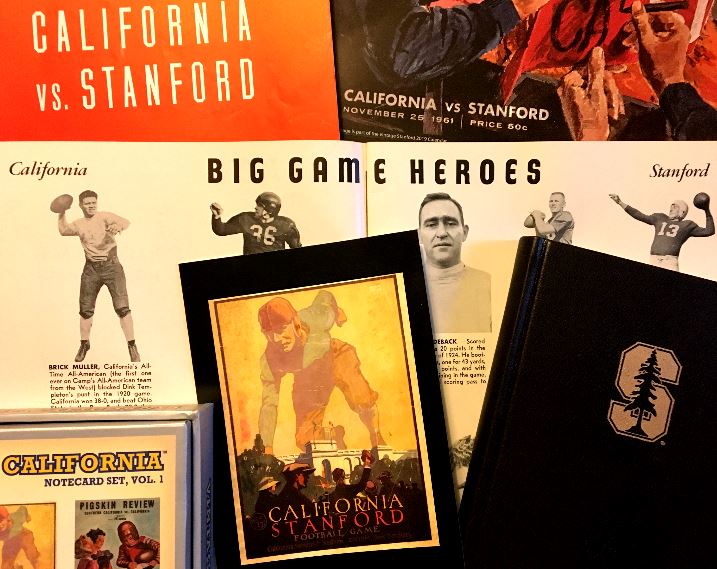 One of the fiercest old time vintage College Football Rivalries takes place this Saturday when the California Golden Bears of Berkeley take on the Stanford Cardinal.  The Cardinal have won 8 straight dating back to 2010 – the longest such streak of the 120 meetings so far – but the Bears and their fans will be hosting in the friendly confines of California Memorial Stadium looking to put an end to the misery.  Both teams come in at 6-4 overall.  So who do you think will win the BIG GAME this Saturday?

Just head on over to our Facebook Page and enter our #TurnbackTuesday Pick ‘Em Contest Drawing and let us know!  CAL or Stanford.  Enter who you think will win before kickoff and then we’ll randomly pick a name from those who picked correctly. That person will win an Asgard Press Vintage Journal Book or Notecard Set of their choice! One entry per person and we’ll announce the Winner on Tuesday 11/20… GOOD LUCK!!