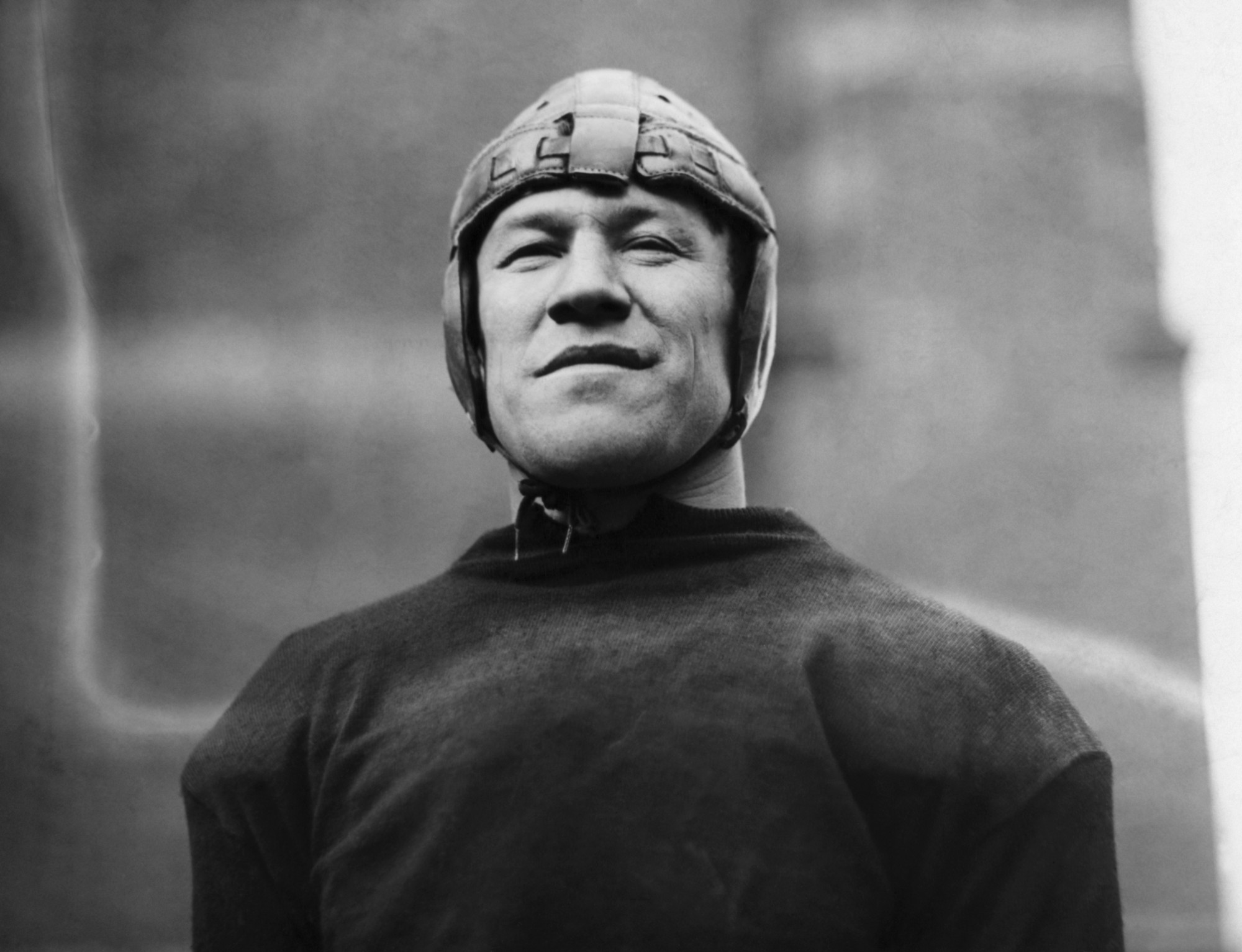 Honoring Jim Thorpe as featured in our 2019 Vintage Football Calendar. 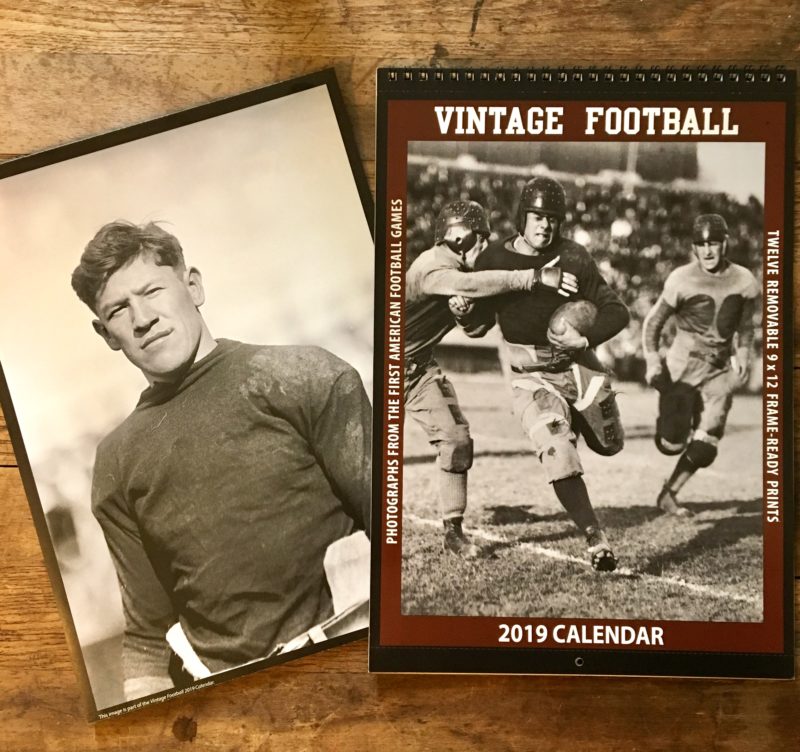 Jim Thorpe was an American athlete and Olympic gold medalist. A member of the Sac and Fox Nation, Thorpe became the first Native American to win a gold medal for the United States. Considered one of the most versatile athletes of modern sports, he won Olympic gold medals in the 1912 pentathlon and decathlon, and played American football (collegiate and professional), professional baseball, and basketball. He lost his Olympic titles after it was found he had been paid for playing two seasons of semi-professional baseball before competing in the Olympics, thus violating the amateurism rules that were then in place. In 1983, 30 years after his death, the International Olympic Committee (IOC) restored his Olympic medals.

Thorpe grew up in the Sac and Fox Nation in Oklahoma, and attended Carlisle Indian Industrial School in Carlisle, Pennsylvania, where he was a two-time All-American for the school’s football team. After his Olympic success in 1912, which included a record score in the decathlon, he added a victory in the All-Around Championship of the Amateur Athletic Union. In 1913, Thorpe signed with the New York Giants, and he played six seasons in Major League Baseball between 1913 and 1919. Thorpe joined the Canton Bulldogs American football team in 1915, helping them win three professional championships; he later played for six teams in the National Football League (NFL). He played as part of several all-American Indian teams throughout his career, and barnstormed as a professional basketball player with a team composed entirely of American Indians.

From 1920 to 1921, Thorpe was nominally the first president of the American Professional Football Association (APFA), which became the NFL in 1922. He played professional sports until age 41, the end of his sports career coinciding with the start of the Great Depression. He struggled to earn a living after that, working several odd jobs. He suffered from alcoholism, and lived his last years in failing health and poverty. He was married three times and had eight children, before suffering from heart failure and dying in 1953.

Thorpe has received various accolades for his athletic accomplishments. The Associated Press named him the “greatest athlete” from the first 50 years of the 20th century, and the Pro Football Hall of Fame inducted him as part of its inaugural class in 1963. A Pennsylvania town was named in his honor and a monument site there is the site of his remains, which were the subject of legal action. Thorpe appeared in several films and was portrayed by Burt Lancaster in the 1951 film Jim Thorpe – All-American.

Our 2019 Vintage Football Calendar featured in the image above is available HERE.  Written commentary above provided by Wikipedia. 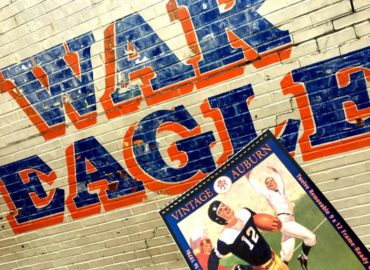 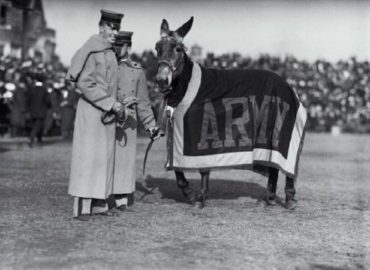 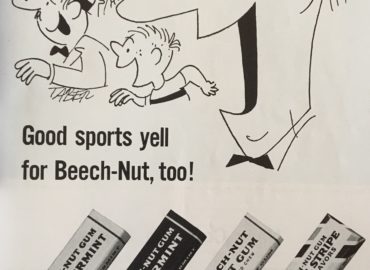