Move over Superman.  I got this!! 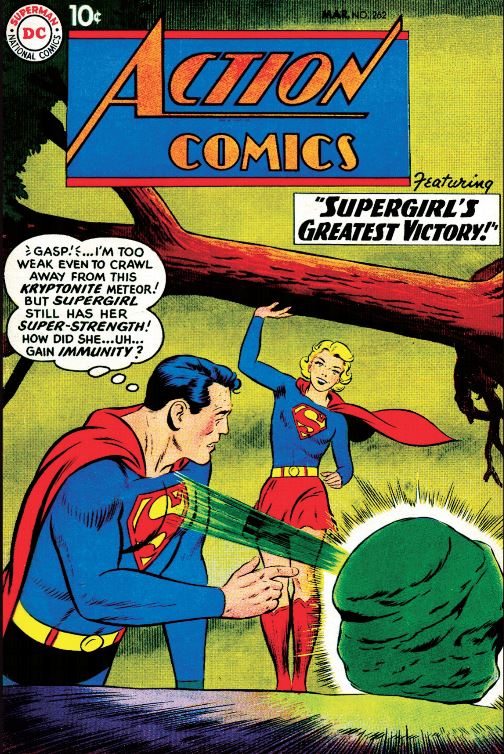 Witnessing the landing of a Kryptonite meteor,  Supergirl muses about the substance’s dangerous effects,  and is determined to develop a Kryptonite immunity through gradual exposure to more and more of the deadly substance.  Although Superman claims to have failed at this before,  Kara seems to be successful with her experiment due to her more recent arrival on Earth.

But when Superman is trapped by a subterranean chunk of Kryptonite,  both heroes nearly die from its rays,  narrowly escaping through a combined use of their x-ray vision.  Supergirl’s earlier success turns out to be due to the unknown influence of a metal-eating alien creature that had hollowed out her Kryptonite sample.  Another story sees Superman and the staff of the Daily Planet transported from an Aztec tomb to a planet with a red sun;  there,  the Man of Steel has no powers,  but must still find a way home for everyone. 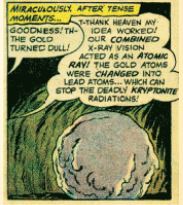