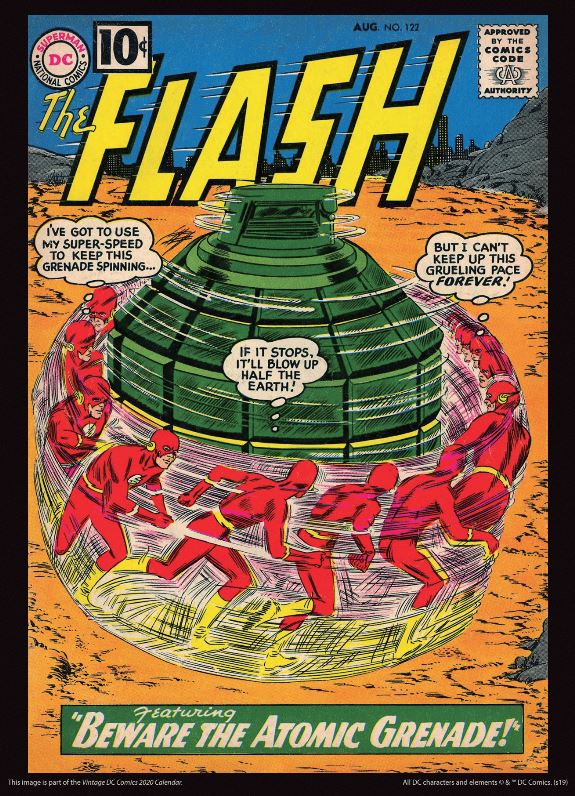 The Fastest Man Alive goes up against a new villain known as the Top,  a whirling wrongdoer with formidable spinning powers.  The Top’s ultimate plan is to demand control of the entire Earth by threatening to lay waste to half the globe with an atomic hand grenade!  The clock is ticking down to destruction,  and the Flash has just ten hours to stop the Top;  Barry’s solution will remind many of the 1978 Superman feature film.  Meanwhile,  Iris gets a makeover that only proves to the couple that she’s better just the way she is.

In the issue’s second story,  Kid Flash has to help singer Eddie Farrell,  known as the Silver Mask,  escape his criminal past as former head of the Zulu Kings gang.  Farrell’s manager,  another gang member,  is blackmailing the boy star;  only revealing the truth to his legions of fans may save Farrell in the end.