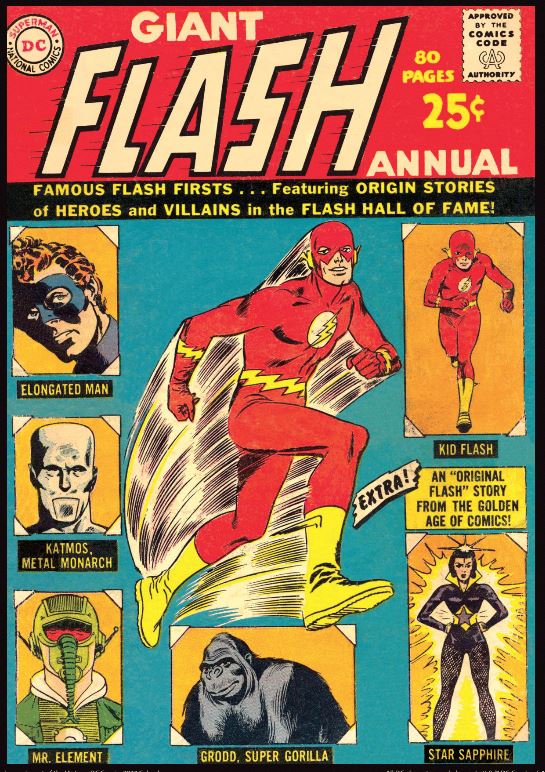 This collection of reprints,  culled from multiple past issues of Showcase, All-Flash,  and The Flash,  was the only annual of its kind published during this volume’s run.  In addition to representing the origin of Wally West’s Kid Flash alter ego,  the anthology also features the first appearances of:  the formidable Gorilla Grodd;  Golden Age foe and Seventh Dimension exile,  Star Sapphire; flexible fellow hero,  The Elongated Man;  and Mr. Element,  the villain later known as Doctor Alchemy.

The annual’s lead story,  reprinted from The Flash #105,  follows the Fastest Man Alive as he recalls his own heroic origin,  and discovers an ancient alien power plotting to control the minds of everyone on Earth.  The creature known as Katmos battles the Flash and traps him in a tube that will increase his weight to lethal levels.  The speedster escapes Katmos’ clutches,  and the prehistoric psycho is taken in by the police.