….as in a Classic Movie Monday featuring Mutiny on the Bounty! 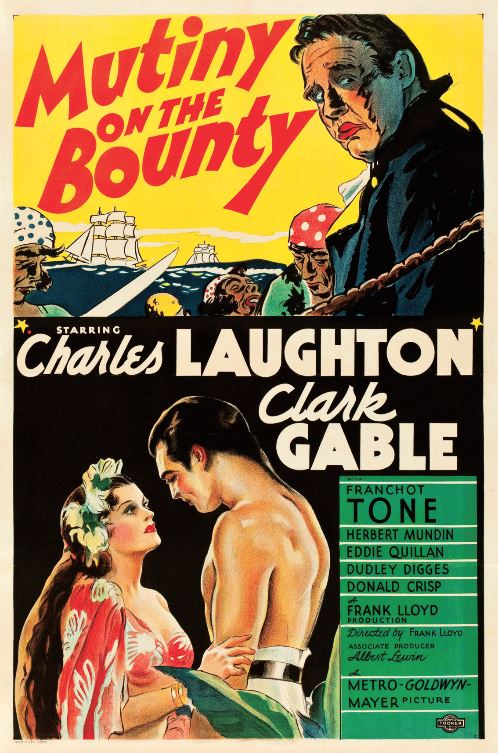 Based on the 1932 novel by Charles Nordhoff and James Norman Hall – itself a fictionalized account of events that took place in 1789 – this film is usually considered the best dramatization of this oft-adapted tale,  even if it is riddled with historical inaccuracies.  Shot on location in Tahiti,  as well as on islands around California,  the film features fleeting uncredited cameos by David Niven and James Cagney,  as well as an atypically shaved Gable,  who had to lose his moustache in order to comply with the Royal Navy standards of the time.

Despite this,  and friction with co-star Laughton,  Gable thought it was the best movie he had done.  The film won the Best Picture Academy Award,  and inspired the creation of the Best Supporting Actor category after capturing three nominations for Best Actor (Laughton,  Gable,  and Tone,  none of whom won).  “You three are a disgrace to salt water!” 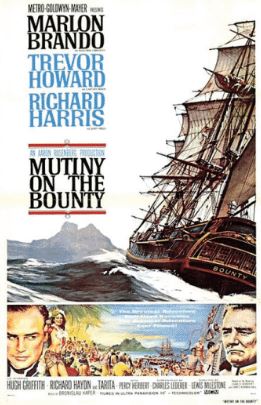 If you enjoy the Vintage Movie posters featuring Mutiny on the Bounty above, then you’ll love the rest of what’s available in our 2020 Vintage Movie Posters Calendar – a fantastic NEW addition to our growing list of Pop Culture titles.  A dozen masterpieces that will give you a nostalgic glimpse of the Golden Age of Cinema.  ACTION!!