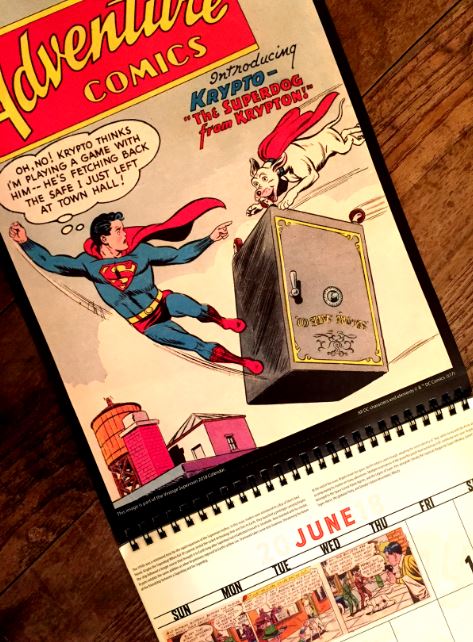 The 1950’s was a whirlwind time for the rapid expansion of the Superman mythos.  In this issue, readers were introduced to a Boy of Steel’s best friend, Krypto the Superdog!  When Kal-El’s parents tested the rocket technology that sent him to Earth, they launched a prototype carrying Krypto.  The ship followed a longer course that brought it to Earth long after Superboy had established himself in Smallville.  Now reunited with his master, Krypto exhibits the same abilities as other Kryptonians exposed to Earth’s yellow sun.  Teamwork takes some time however, threatening the future of the friendship between Superboy and his Superdog.

At the end of this issue, Krypto leaves for space, but he returns soon enough, adopting the secret identity of “Skip” while living with the Kents and accompanying his master on many adventures.  Multiple incarnations of the powerful pooch have turned up in DC continuity ever since.  Krypto also belonged to the Space Canine Patrol Agents, and the Legion of Super-Pets alongside Streaky the Supercat, Beppo the Super-Monkey, Comet the Super-Horse, the globular Proty, and Streaky’s future descendant, Whizzy.

Many thanks to Dr. Arnold T. Blumberg for his expert commentary above for the Adventure Comics Volume 1, No. 210, March 1955 Cover.  To purchase the 2018 Vintage Superman Calendar from which this month of June appears, click HERE.