Justice Society of America: A Cure for the World!

Justice Society of America: A Cure for the World! 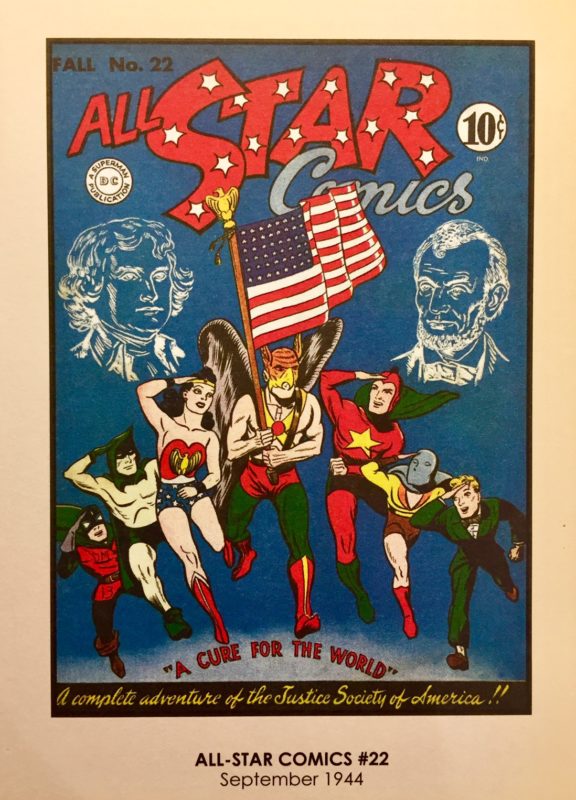 Beyond this patriotic cover, the united heroes of DC Comics crusade against bullying and discrimination.  When Dr. Mid-Nite sees a boy beaten for attending a different place of worship than his assailants, he brings a passion for battling intolerance to the next Justice Society meeting.  There the heroes ask Conscience itself to help them, and this living force dispatches them to different eras to learn more about bigotry from a native perspective.  Hawkman helps a caveman artist prove his worth; Starman strives to establish that slaves deserve freedom and equal rights; Johnny Thunder attempts the same with a Baron concerning his serfs; the Atom defends a woman during the Salem witch trials; Dr. Mid-Nite protects a doctor in the French Revolution; and the Spectre watches over an inventor under siege for attempting to modernize a factory.